God’s Wonderful Miracle on Me - A Glimpse of Purechristianity

We are a family of Roman Catholics. My sister is a Benedictine Nun, and we have 2 priests grandsons of my brother. Serious of salvation, I thought of GOD whom I will meet comes Judgment Day. I asked our priest and he told me about the TRINITY which we learned in our religion class in primary school. I mentioned to him about our prayer in “The Apostles Creed” citing a portion “…He descended into hell, on the third day He rose again from the dead, He ascended into heaven and sits at the ‘right hand of God’…” Who then shall we see?

To my surprise, in a cautious voice he said, “God is a mystery incapable of clear identification. With our finite mind, it is impossible to identify the infinite God.” I asked Pastors of our relatives who belong to other sects. I received the same answer, further adding “To know God, then we will be like Him already”. It was then that I read the Holy Bible “from cover to cover” that took me more than two years. In frustration I almost burned the Bible; good I just hid it in my bookshelf.

Seven to eight years past, never will I forget this date, the night 11:30  on February 3, 1981, at random I just opened my Bible. In chapter 6 of Matthew, Jesus Christ was speaking about the “lilies of field…and some other things”.  He ended with a rebuke, saying, “For after all these things do the Gentilesseek…”. This word hit me hard for all along we were taught, and I believe “we are children of God”. I put my right palm on my forehead, “Lord, I am a Gentile”! “I am a Gentile”! Suddenly, I felt the “love of God” that engulfed me. “Lord, I don’t deserve it”, “I don’t deserve it”,  Until now I cannot describe this, it is a “force” that struck me! I was crying with joy and could not sleep the whole night.

The following days as I opened the Bible, I was surprised as if there is a change in its complexion for it became pleasant to read it. Little by little, I can find the answer to some of my questions right there in this book. Since then, the Bible became my precious “confidant and consultant”. God must have opened my eyes thinking what Jesus Christ did to the man born blind in John 9:30-32. Who would not have believed that by the power of Jesus Christ this man instantly saw Him and the surroundings. Aside from this, many  more great “miracles” I read in:

Matthew 11:5  The blind receive their sight, and the lame walk, the lepers are cleansed, and the deaf hear, the dead are raised up, and the poor have the gospel preached to them.

Before, I also enjoyed the preaching of Jesus Christ in the four gospels of Matthew, Mark, Luke, and John that made me very religious. Many miracles very clearly happened physically, some documented and witnessed by many people.

However, in reading the following the “spectacular incident that happened to me on the night of February 3” changed my perception of the word of God in the Holy Bible:

How true did Jesus perform this miracle, “they which see might be made blind”? I have not read a single incident where in a fit of anger, Jesus Christ made a person physically blind that he had to be led in his walk. No, nothing is written! In which case, it seems Jesus Christ was not true to His word. However, I knew our Lord was referring to the Scribes and Pharisees who did not recognize Him, as everybody also see it this way. Before, these two situations made me realize my prerogative of seeing miracles “either physical or spiritual”.

But now, God changed my perspective of His words that “they are SPIRITUAL and not literal-physical”. This is when I read the following that many Bible believers have ignored:

2 Corinthians 3:6 Who also hath made us able ministers of the new testament; not of the letter, but of the spirit: for the letter killeth, but the spirit giveth life.

Very clear to me now that God gave us His WORD for the salvation of the SOUL, the body is only secondary. After all, is He not establishing His Eternal Kingdom? Taking the “letter” or literal meaning just benefit our “physical life”, but all these end in the grave. And so, I believe the great revelations of God to me in “feeling His love” are these verses:

In the Old Testament

In the New Testament:

Mark 4:34  But without a parable spake he not unto them: and when they were alone, he [Jesus Christ] expounded all things to his disciples.

In the beginning of His ministry, Jesus Christ demonstrated this truth that, indeed, He is speaking in parables. I read the incident when Jesus Christ drove the merchants in the TEMPLE. When the Jews asked Him by what authority did He do this, He said, “Destroy this in three days and in three days I will raise it up”. The Jews said “Forty and six years was this temple in building, and wilt thou rear it up in three days?”

Now the effect of taking the “letter” or literal TEMPLE was vividly demonstrated. As Jesus Christ was nailed on the cross, my anger rose when passersby mocked Him, saying, “Thou that destroyest the temple, and buildest it in three days, save thyself. If thou be the Son of God, come down from the cross.” His Disciples realized when Jesus rose from the dead, He was actually referring to His “His BODY” as the TEMPLE:

All these opened my eyes that the “miracles” of our Lord have their “spiritual message”, thus:

Proverbs 21:16  The man that wandereth out of the way of understanding shall remain in the congregation of the dead.

I now realized Jesus raising Lazarus “from the dead” was not physical, but spiritual making him a “new creature”, or just being “born again”.

2 Corinthians_5:17  Therefore if any man be in Christ, he is a new creature: old things are passed away; behold, all things are become new.

Perhaps, the greatest “parable” in the whole Bible is; the Son Jesus Christ is the one nailed on the cross (Matthew_27:46 and Mark_15:34), when it must be the FATHER who actually made the “testament of salvation” (Genesis 17:7) who had to fulfill it with His own death.

Hebrew 9:16  For where a testament is, there must also of necessity be the death of the testator.  17  For a testament is of force after men are dead: otherwise it is of no strength at all while the testator liveth.

From then on, our Lord taught me to see His “spiritual message” rather than what is written as literal-physical. And regarding my original obsession of identifying GOD, here He introduced Himself to me:

Isaiah 43:10  Ye are my witnesses, saith the LORD, and my servant whom I have chosen: that ye may know and believe me, and understand that I am he: before me there was no God formed, neither shall there be after me.

Hebrews 9:16  For where a testament is, there must also of necessity be the   death of the testator.  17  For a testament is of force after men are dead: otherwise it is of no strength at all while the testator liveth.

1 Timothy 3:16 (KJV 1611) And without controversy great is the mystery of godliness: God was manifest in the flesh, justified in the Spirit, seen of angels,   preached unto the Gentiles, believed on in the world, received up into glory.

In other Bible versions, the word “God” is changed to “Jesus Christ”, “He”, and in the Confraternity Douay Catholic Bible nothing at all is mentioned on this subject.

** JESUS in the form of a MAN performs two roles (As Father and Son):

Philippians 2:6  Who, being in the form of God (Jesus Christ), thought it not robbery to be equal with God(Jesus as Son of God): 7  But made himself of no reputation, and took upon him the form of a servant, and was made in the likeness of men: 8  And being found in fashion as a man, he humbled himself, and became obedient unto death, even the death of the cross (Jesus as Father).

** JESUS in His secondary role as “Son of God”, He is the model of the “chosen” in spiritual humility. And so, to be a perfect model not in goodness, He had to shoulder the “pride of the chosen”. Thus,

Matthew 11:27  All things (pride of chosen) are delivered unto me of my Father: and no man knoweth the Son, but the Father; neither knoweth any man the Father, save the Son, and he to whomsoever the Son will reveal him.

John 5:19  …Verily, verily, I say unto you, The Son can do nothing of himself, but what he seeth the Father do…

John 5:30  I can of mine own self do nothing… because I seek not mine own will, but the will of the Father which hath sent me.

In this role, Jesus did not even admit He is good:

Luke 18:18  And a certain ruler asked him, saying, Good Master, what shall I do to inherit eternal life? 19  And Jesus said unto him, Why callest thou me good? none is good, save one, that is, God.

Jesus is not God

Jesus cannot be the savior for it was the Father who made the “testament of salvation”.

Jesus does not deserve worship

Jesus did not perform miracles, just like “His brethren”:

Romans 8:29  For whom he did foreknow, he also did predestinate to be conformed to the image of his Son, that he might be the firstborn among many brethren.

This two (2) roles of JESUS CHRIST can be simply compared to a “MAN the husband of his wife, and the father of his children”. These two roles are clearly distinguished, and they cannot be interchanged.

Realizing that nobody would believe me, I kept to myself this “miracle I received from the Lord”. So, I remain incognito that whatever I think, say and write, people would just be focused on God. I believe this is what He wants in:

Deuteronomy 4:24  For the LORD thy God is a consuming fire, even a jealous God.

Many visitors of this website, I am sure, are repulsed for what they read and hear are contrary to their belief. However, God will always be glorified for it is written:

Isaiah 45:6  That they may know from the rising of the sun, and from the west, that there is none beside me. I am the LORD, and there is none else. Isaiah 45:7  I form the light, and create darkness: I make peace, and create evil: I the LORD do all these things.

Who can accept these repulsive truth to “religious” people?

Amos 3:6  Shall a trumpet be blown in the city, and the people not be afraid? shall there be evil in a city, and the LORD hath not done it? Amos 3:7  Surely the Lord GOD will do nothing, but he revealeth his secret unto his servants the prophets.

However, Paul in his letter to Titus, which I also believe:

Titus 1:15 Unto the pure all things are pure: but unto them that are defiled and unbelieving is nothing pure; but even their mind and conscience is defiled.

Finally, after knowing my God the following became my favorite verse:

"God of the Holy Bible"

Introduction - Confession of a "Lost Sheep"

1st Confession: How I Recognized the God in the Bible

History of the Christian Religion

God's View of the Pastoral System

Angels Up and Down Ladder to Heaven!

Virgin Mary, The Mother of Jesus! 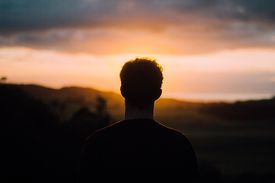 Non-profit, no tithes, self-funded ... for the purpose of spreading the Word of God for over 30 years.